Skip to content
Mark Pride, K1RX, writes on the Port City ARC mailing list:
[I’m] tentatively looking to have an Aviation Festival at Skyhaven Airport, Rochester, NH, on Saturday, August 14 (10 AM to 4 PM) that requires some local communications support.  A few people inside the fence where various activities are planned including Discovery Flights sponsored by National Flight Simulator (from Manchester) and some parking lot maintenance as we have done in the past for other groups.  We are planning a police detail for the street side. Could I get some volunteers for this event?  Rain date is planned for Sunday, August 15.

New England Division members may recall that earlier this year I asked for expressions of interest in working on the ARRL’s Contest Advisory Committee (CAC). Several good people raised their hands.

I’ve now asked Rudy Bakalov, N2WQ, of Westport, CT to be the New England Representative to the CAC. I first met him during an operating break at K1LZ. As I recall it, we were #1 USA multi-single or multi-two that year. Before selecting him, I asked the CAC Chairman, K9CT, to have a chat with Rudy. As a result of that conversation, they both seem energized about Rudy joining the committee.

So I asked Rudy to introduce himself to the New England Division. He wrote:

“I began my journey in ham radio at LZ1KBD in my early teens, attracted to the hobby by the opportunity to make friends around the world. Soon thereafter I discovered contesting at LZ1V and was hooked for life. After getting my Extra ticket (AD4LC) circa 1993, my US contesting career began, first having a tiny station in a walk-in closet in our NJ townhouse, then joining the teams at K1TTT and K1LZ, and finally building my own stations VE3EID and HQ9X.

“As technology and ham radio in general innovate and evolve, it is inevitable that contesting must evolve as well to remain relevant. I also believe that contesting can be a powerful force in attracting new hams to the hobby.

“I graduated with a BS in Computer Engineering from Technical University of Sofia in 1991, and then pursued an MBA from Wake Forest University. In my professional life, I deal with Board-level and C-suite issues of cyber security strategy, governance, and operations for large global enterprises.

“I look forward to joining the CAC and working with the League to further grow contesting, balancing opportunities to change vs. the spirit and legacy of League sponsored contests.”

Be sure to see future RATPAC scheduled presentations below 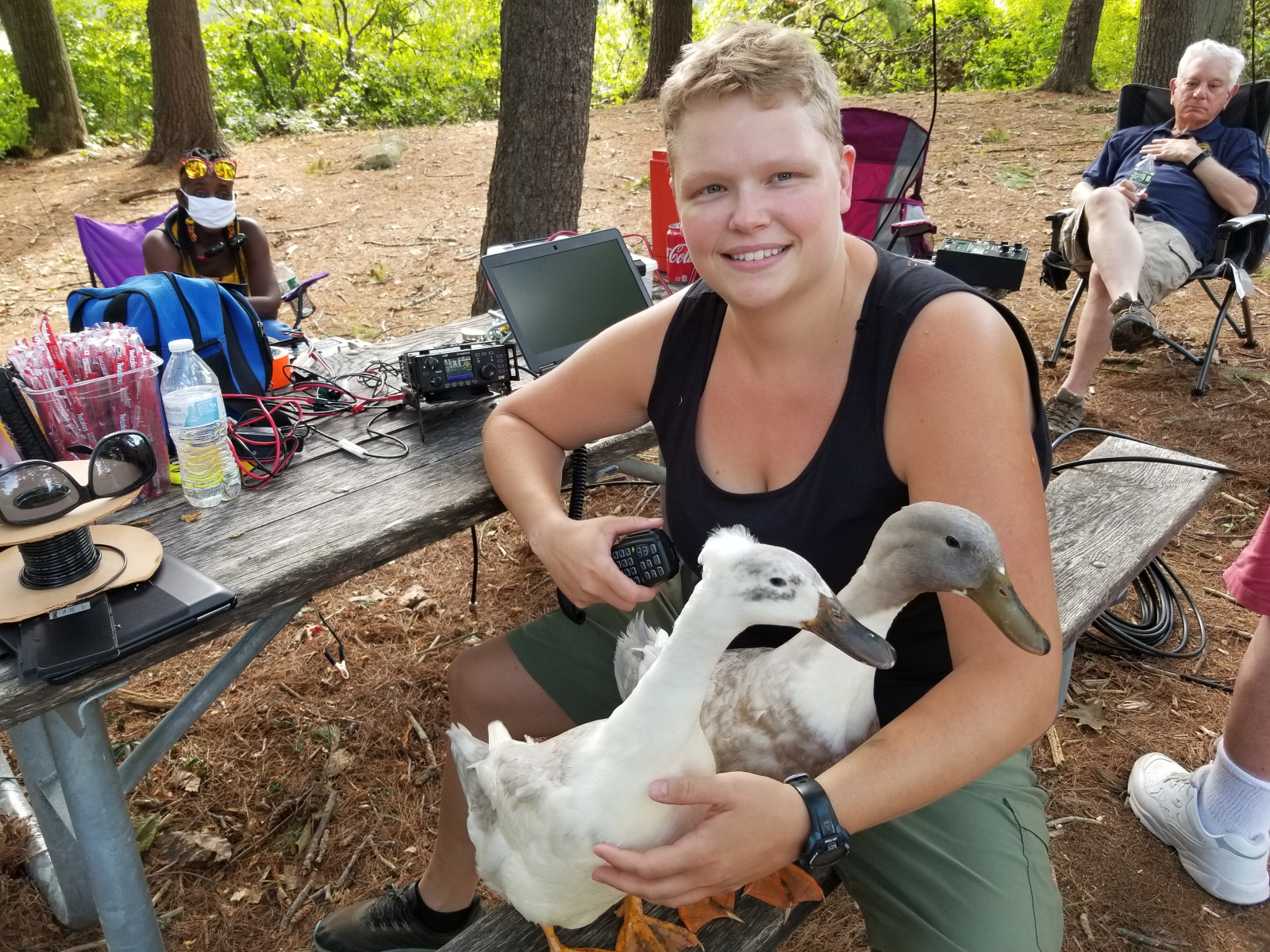 The episode can be heard at: <https://www.spreaker.com/user/hamtalklive/episode-263-pota-lighthouses-and-ducks-w>.

The July, 2021 edition of the Maine Telegraph Newsletter, the statewide newsletter for Maine Amateur Radio operators, is now available at: <https://nediv.arrl.org/wp-content/uploads/2021/07/JULY-2021-Maine-Telegraph-Newsletter.pdf>.

Well-known contester and VHF/UHF/microwave enthusiast Dave Olean, K1WHS, Lebanon, Maine, suffered serious damage to his towers and antennas on June 30 as a result of dangerous storms that moved across New England overnight.

“My place was hit on 6/30 with an apparent microburst that did tremendous damage. Many trees are down and one large white pine came down right across the west guy anchor of my  130 ft Rohn 45 144 MHz tower. This was a tree that I had identified to remove as soon as I had a chance. When it fell, it snapped off the top of the rock anchor. They have a rated working strength of 14,000 pounds, but I am sure the falling tree force was much greater than that. With no guy attached the tower just toppled over and laid out all 130 ft across the tops of trees. The equalizing plate and part of the anchor is up in a tree. It is a total wreck. The H frame on top has been ripped apart along with the four 17B2 144 MHz yagis. The famous LVA, an array of 16 x 5 element yagis spaced along one tower leg, was also on the tower and has been destroyed. I was in the process of re aligning the LVA to aim towards ND0B in N. Dakota in an attempt to give him his last state on 144.  Now there is nothing left. As the yagis fell through the foliage canopy, the elements have been cleaned off or severely bent.  Many booms are ripped apart or bent. There is nothing salvageable from the quad array of 17B2s. They are all destroyed. The H frame is destroyed as well.

“I was not here when the storm came through, but witnesses said it was very frightening and the winds came from many directions.  My neighbor has about 40 uprooted trees.  I suspect a microburst from the direction that I see fallen trees. My wife arrived home just after the storm and called me. By the time, I arrived, it was just after 9 PM and getting quite dark. I knew something was wrong when I could not see towers on the hill while driving south along the lake. Normally the towers are very visible.  I could not sleep all night, and, at dawn, armed with a big chainsaw,  I drove the truck up to the VHF shack. The scene is sickening, with the entire tower laid over the trees and bent like a pretzel. It is being held up on one end by a guy wire from another tower that somehow managed to stay up! That guy is under tremendous pressure.  I am not sure how to fix all the damage, and save tower #2.”

The third QSO Today Virtual Ham Expo is scheduled live from August 14-15, 2021 and then on-demand for 30 days.

The event organizers “promise a flawless, great learning experience for those seeking to improve their knowledge and to be exposed to new ideas, equipment, and practical techniques – all done in a highly engaging format on the vFairs platform that we used in our first August 2020 Expo.”

ARRL, the national association for Amateur Radio, is a QSO Today Virtual Ham Expo Partner.  FlexRadio is the Expo’s Platinum Sponsor.  Gold sponsors as of this time are Elecraft and RFinder.

For more information and Expo Updates, go to https://www.qsotodayhamexpo.com.