The Eastern MA Amateur Radio Emergency Service® (ARES) will conduct an exercise in conjunction with the Cape Cod ARES exercise Operation “Frozen Days” on February 6, 2021 from 10 AM to 12 Noon (setup to start at 830-9 AM where needed) to test its capability in establishing communications with stations inside and outside of the section. Operation “Frozen Days” will attempt to build upon the lessons learned from past operational exercises. 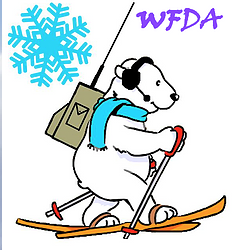 Amateurs from across New England are braving record cold temperatures this weekend to participate in the annual Winter Field Day event–like Jay Hoisington, KB1RZA, who writes on the Connecticut Valley FM Association list:

This weekend is Winter Field Day, and all GBARC members are eligible to participate from their home QTH.  All hams from Extra to Technician can make contacts and contribute to the overall GBARC Score on many different bands and modes.

I’ve done a complete write-up and you can read all you need to know to get started on the GBARC Winter Field Day page.

I am also offering to loan my Xeigu G-90 and a 40m dipole that will let you get on 40 and 15 meters.  If you are a technician and adventurous you can use this radio to try out operating CW.   Contact me if you are interested in borrowing it – first come first served.

Winter Field Day starts tomorrow at 2pm local time, and will run through 2pm on Sunday. 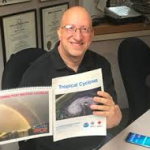 “One of the most critical ways amateur radio supports agencies such as the National Weather Service (NWS), National Hurricane Center (NHC), and emergency management is through weather spotting via the NWS SKYWARN program. This presentation reviews some interesting stories about how amateurs involved in SKYWARN have saved lives and property and why this is an important amateur radio activity.”

Saturday:  Set-up starting at 10am. After set-up, we will operate as a Parks on the Air Station K-2878 until the official start of Winter Field Day at 2pm.  We will run as the Winter Field Day Station until the Park Closes around sunset.

Sunday:  Set-up starting at 9am. After set-up, we will operate as the Winter Field Day Station until 2pm, which is the official end of Winter Field Day. We can then continue operating as a Parks on the Air Station K-2878 until the park closes around sunset.

Email w1smm@arrl.net to advise what day/time you will arrive, and how long you will stay. 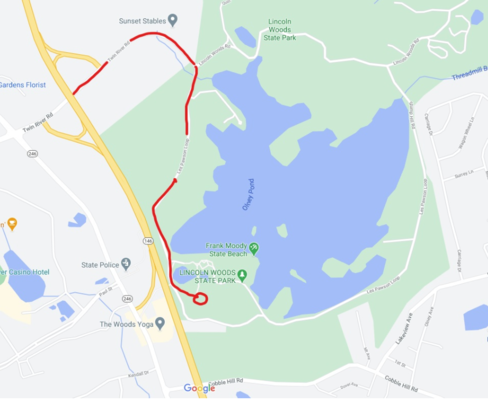 The hearing on the NH HB 313 bill yesterday [see “New Hampshire H.B. 313 Initial Committee Hearing, January 26, 2021“] made it plain that I should collect NH Covenants, Conditions, and Restrictions (CC&Rs) from people who live in homeowner association communities or condos.

Can you send me your PDF or Word version of CC&Rs from NH? I need as many as possible, to show the Commerce Committee how ridiculous they can be.

Here’s one excerpt I saw yesterday (but I want complete versions):

Can you help me round up some CC&Rs from NH? 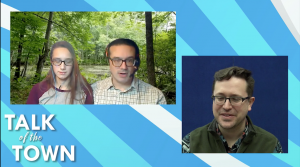 I recently interjected on a Facebook post on one of the Wilmington groups where they were talking about letterboxing and geocaching and I mentioned fox hunting using radios.  This got picked up by one of the content producers at Wilmington Cable TV.  He contacted me to ask about fox hunting and how it related, and told me he was going to put together a piece on what he called “modern day treasure hunting”.  We set up a Zoom interview, and even my daughter got involved, and he interviewed us.
If you are interested, you can watch the video – the whole program is just over 13 minutes, and our segment is the first six minutes or so.  I hope I did the sub-hobby the justice that it deserves.
https://wilmington.vod.castus.tv/vod/?video=4ba2fbbd-aff5-40af-9168-a867342af125
Enjoy!  My daughter and I look forward to getting back out there when the weather starts getting warmer again.  I hope you are all staying safe and healthy!
73 for now!
Nick
KC1DKY
[via ema.arrl.org]

“Nice work on getting 100 hams to go on the record in support.  This is very unusual in committee and got noticed. … I think the committee decision will weigh the value of having trained radio operators ready to be deployed in an emergency.  The large number of hams submitting their support reinforces their interest in public service. … I expect the bill will be referred to a subcommittee to work on the concerns.  If a quick comprise can be reached, then they can draft a committee amendment for that compromise and send it to the full House for a vote.  Otherwise it will be retained in committee for work later in the year (best case) or simply voted out of committee as ITL, Inexpedient to Legislate.  It will then be voted down by the full Legislature in quick order.”

Fred Hopengarten, K1VR, writes:
“I write to encourage favorable consideration of HB 313, to benefit the radio amateurs of New Hampshire, the people who provide emergency communications between hospitals, and train the next generation of technologists who will grow the New Hampshire economy. There are ~5700 radio hams in NH, and most of them who live in a Homeowner Association- controlled property find it impossible to put up an outdoor antenna for ham radio, even though federal law, the Over-the-Air-Reception-Devices rule (the FCC OTARD Rule), already allows outdoor antennas that are virtually identical to those allowed under this bill. Please note: This proposal does not allow towers.

This bill would allow:

• Antennas similar or identical to those for satellite TV dishes, broadcast TV, or broadband internet.
• Single wire or minimally visible antennas,
• Antennas raised only in darkness,
• Antennas no higher than 33 feet (i.e., lower than the roof line), and
• The use of a flag pole as an antenna.

It would only allow antennas on land where the homeowner already has the\ right to exclude others, and it requires safe construction, with municipal approval.

Here’s the procedure to testify in favor of the Amateur Radio bill, HB 313, being heard in the Commerce Committee today.

Go to this link: http://gencourt.state.nh.us/house/committees/remotetestimony/default.aspx

• Select the date of the hearing as January 26
• Select the committee as “Commerce” (first pick)
• Select the bill, H.B. 313
• Select “I am a member of the public”
• Select, “I am representing myself”
• Indicate your position, “I support this bill”
• Enter name, phone, and email

Decide if you want to testify (not required). If you do, speak for no more than one minute. It’s OK to just say it’s important for emergency communications to be able to communicate, and you need a simple antenna for that. And that antenna is now prohibited.

SUBMIT THE FORM BEFORE 12:30 PM TODAY. This puts your position into the public record.

It’s very important to show support from the amateur radio community. A similar bill has been in Committee before, and has died for lack of sufficient support. Consequently the Committee will be skeptical. Opponents, like the CAI (condo association lobby) will show up and testify against this bill. 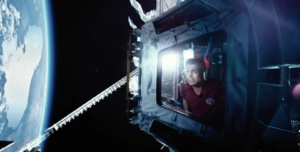 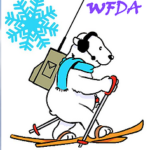 We encourage all New England clubs and groups to participate in the 2021 Winter Field Day, January 30-31, 2021. From WinterFieldDay.com:

Winter Field Day Association (WFDA) is a dedicated group of Amateur Radio Operators who believe that emergency communications in a winter environment is just as important as the preparations and practice that is done each summer but with some additional unique operational concerns.

We believe as do those entities of ARRL Organizations like ARES & RACES that maintaining your operational skills should not be limited to fair weather scenarios. The addition of Winter Field Day will enhance those already important skills of those that who generously volunteer their time and equipment to these organizations. This is why WFD is open to all licensed amateur radio operators worldwide.

Disasters are unpredictable by nature and can strike when you least expect them. WFDA’s goal is to help enhance your skills and ready you for all environmental conditions found in the US and Canada during the spring, summer, fall and winter Preparedness is the key to a professional and timely response during any event and this is what local and state authorities are expecting when they reach  out to the emergency service groups that offer their services.

If you are serious about emergency communications as we are; we welcome you to join us for our yearly event. We are sure you will find this event a pleasant change and challenge to that of a normal summer time field day.