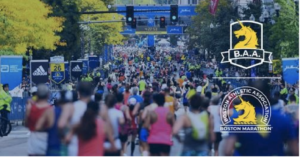 Planning is well underway for the 2023 Boston Marathon! The BAA opened volunteer registration today and it will close on Friday, February 10, 2023. Returning volunteers should have received an email from the BAA with details about how to register.

New volunteers can sign up via http://register.hamradioboston.org/. We have also provided a step by step guide on how to select Amateur Radio volunteer positions during the registration process:  <https://hamradioboston.freshdesk.com/support/solutions/articles/44002389087-2023-volunteer-registration-step-by-step-guide>. 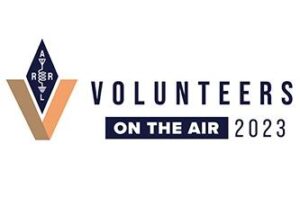 This year, the ARRL is honoring volunteers with its Volunteers On The Air (VOTA) operating event. The event starts January 1 and ends December 31, 2023

Twice a year, for one week, each state will be activated as W1AW/1 (for call area 1 Massachusetts, for example). To make this happen, we need ops to get Massachusetts on the air.

Would you like to be an W1AW/1 activator for the first session this spring? The first MA session is Wednesday, April 12 through Tuesday, April 18.

The ARRL Vermont State Convention, known at HAM-CON is Saturday, February 25, 2023 at the Hampton Inn Convention Center in Colchester, Vermont.

HAM-CON will feature eight forums running all morning between 9 AM-1 PM. Details are in the Forums section.

The Vendor Room will run from 8:00 AM until 1:00 PM. Vendors must arrive no later than 7:30 AM to avoid crowds during setup. There are scores of tables chock filled with goodies. The offerings range from new to boat anchors and we can never know what jewels will show up.

Please go to our Web Site, http://www.ham-con.org for other prices, travel details and program information.

The New England Division will conduct two experimental “New England Information Nets” to provide Section Managers, Section Emergency Coordinators, and Section Traffic Managers the opportunity to provide information and updates on activities in their respective sections that may be of interest New England-wide.

There will not be a call-up for general check-ins. I understand that each section may have other commitments and not be able to participate. I look forward to hearing from as many of the section field organization leaders as possible.

Wednesday January 18, 2023 marks the 120th anniversary of Marconi’s first transatlantic message from the USA to the UK. KM1CC will be on the air to commemorate this achievement.

“We plan to operate HF 20 M, 40 M, and other bands as conditions allow. Check dxsummit.fi for frequencies.”

The Marconi Cape Cod Radio Club is a special event club.  The club has several on the air events a year to keep the accomplishments and story of Marconi and his South Wellfleet Wireless Station alive.  This station is listed as a National Landmark on the National Register of Historic Places (1975) and is now part of Cape Cod National Seashore, a unit of the National Park Service.   When possible, KM1CC sets up a temporary radio station inside the park.

Ham Radio University will also have a Contesting forum, –hosted by Yours Truly, KS2G– along with 15 other presentations on subjects ranging from Station Grounding, to Cables & Connectors, to Raspberry Pi Apps for Ham Radio.

They’re all free-of-charge … but advance registration is required.

I am pleased to announce that Bud Kozloff, W1NSK, is appointed to fill the role of Section Manager in Connecticut. Bud is currently the president of Candlewood Amateur Radio Association in Danbury and lives in Redding CT. Bud is also a member of the Yankee Clipper Contest Club and likes to operate CW.

I would also like to thank Betsey Doane, K1EIC, for filling in as Section Manager while the search continued. Betsey is of course well known in Connecticut and graciously agreed to help when needed.

Bud comes to this appointment with many years in the business world and the ham radio world.

In kicking off the ARRL Year of the Volunteers, this is a strong message that any ham can be a part of the ARRL and there is always something that a volunteer can do. Let’s all give Bud the support and assistance that a good Section Manager needs.

[As we prepare to ring in the New Year, I wanted to share this insightful essay generated by an artificial intelligence program known as “ChatBOT.” Pete Chamalian, W1RM, asked it about the future of  ham radio. -K9HI]

“Ham radio, also known as amateur radio, is a hobby that involves the use of radio frequency spectrum for the purpose of non-commercial exchange of messages, wireless experimentation, self-training, and emergency communication. It has a long history dating back to the early 20th century, and it has remained popular among a dedicated group of enthusiasts around the world.

“Additionally, the advancement of technology has made it easier and more affordable for individuals to get involved in ham radio, with the availability of small, portable transceivers and a wide range of online resources for learning and training. This may help to attract new enthusiasts and keep the hobby alive and thriving in the future.

“Overall, while it is difficult to predict the exact future of ham radio, it is likely that it will continue to be a popular hobby for those interested in communication and technology, and it will remain an important resource for emergency communication.”