Boston amateur and AMSAT member Joe Fitzgerald, KM1P, is mentioned in the September 8, 2022 issue of The ARRL Letter. He describes a tool called JPL Horizons, an online solar system data and computation service that provides access to key solar system data for solar system objects such as asteroids, planetary satellites, planets, the Sun, and select spacecraft:

From The ARRL Letter:

When NASA’s Artemis I rocket launches for its mission to the moon this month, you’ll be able to track it using 70-centimeter beacons known as Outstanding MOon exploration TEchnologies demonstrated by NAno Semi-Hard Impactors (OMOTENASHIs).

Omotenashi is Japanese for welcome or hospitality, and it describes the 70-centimeter beacons as small spacecraft and semi-hard landers of the 6U CubeSat format which will demonstrate low-cost technology to land and explore the lunar surface. OMOTENASHI will be one of 10 CubeSats to be carried with the Artemis I mission.

Brian Wilkins, KO4AQF, says that with the Artemis Real-time Orbit 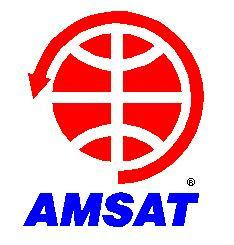 Website (AROW), anyone with internet access can pinpoint where Orion is and track its distance from the Earth, its distance from the moon, the mission duration, and more. AROW is available on NASA’s website and Twitter account. AROW visualizes data collected by sensors on Orion that are sent to the Johnson Space Center’s Mission Control Center in Houston during its flight. It will provide periodic real-time data beginning about 1 minute after liftoff through the separation of the Space Launch System (SLS) rocket’s Interim Cryogenic Propulsion Stage, approximately 2 hours into flight.

Once Orion is flying on its own, AROW will provide constant real-time information. On the web, users can follow AROW to see where Orion is in relation to the Earth and the moon, and follow Orion’s path during the mission. Users can view key mission milestones and characteristics on the moon, including information about landing sites from the Apollo program. Also available for download will be an ephemeris, which provides trajectory data from the flight.

AROW will also provide a set of Orion’s state vectors — data that describes precisely where Orion is in space and how it moves — for inclusion in these tweets once Orion is flying on its own. These vectors can be used for data lovers, artists, and creatives to make their own tracking app, data visualization, or anything else they envision. For more information, read https://www.nasa.gov/feature/track-nasa-s-artemis-i-mission-in-real-time/.

Fitzgerald says to use “OMOTENASHI” as the Target Body. You can find information and the online app at https://ssd.jpl.nasa.gov/horizons.