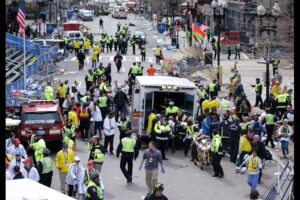 Steve, Schwarm, W3EVE, Wrentham, Massachusetts, will present “Amateur Radio’s Role at the Boston Marathon Bombing,” one of series of presentations sponsored by the ARRL Learning Network on December 8, 2020 at 10 AM PT/ 1 PM ET.

“Amateur radio has played a significant role in public service communications for the Boston Marathon for several decades. That role was put to the test in 2013 when two bombs were exploded near the finish line. This presentation will describe the role that ham radio played at the Marathon and how that role changed due to the bombing.”