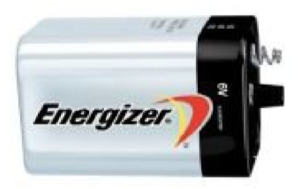 There is QRP, even “QRPp.” Aficionados get on the air, battery and spare battery in hand and see how many contacts—or how much DX—they can log. But have you ever considered how many QSOs are actually held in a single battery pack?

A few years back, a member (W1XP) of another club, the Nashoba Valley ARC up in the Pepperell­/Groton area decided that finding out would make a good club activity. Thus, the Lantern Battery Challenge (LBC). Participants were issued a 12V stack of off­-the-­shelf 6V lantern batteries. (You know the ones—they’re about two inches square and four or so inches high.)

Each participant was charged with making as many contacts as possible within four months, or until the battery was discharged beyond the point of usefulness. By the way, at the participant’s option the battery only had to power the transmitter portion of whatever station equipment was used. Well, with virtual meetings, things are pretty quiet in these here parts. I was thinking, maybe an LBC of or own would liven things up. Under the Vice President’s sponsorship, Algonquin (MA) Amateur Radio Club‘s LBC will commence at 0000Z on 1 December 2020 and conclude at 2400Z on 31 March 2021. You can join at any time during the “contest” period. Participation is voluntary, with only one stipulation: you get your own battery stack and you let me know that you’re playing in the game. OK, that’s two stipulations. And I’d like to know what you did and how successful you were. Is that another stipulation? I’ll work up some rules for the effort and post them on AARCList. Maybe we’ll have a party when our LBC is over.