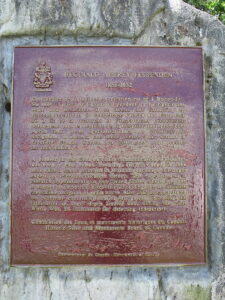 As he has done each December for the past few years, Brian Justin, WA1ZMS, of Forest, Virginia, will transmit a program on 486 kHz, under authority of his FCC Part 5 Experimental License WI2XLQ, to commemorate wireless pioneer Reginald Fessenden’s accomplishments. Justin will transmit for at least 24 hours starting at around 1800 UTC on December 24. Fessenden claimed to have made his first voice — and music — broadcast on Christmas Eve in 1906 from Brant Rock, Massachusetts, although his account is disputed.

“Fessenden reported that on the evening of December 24, 1906 (Christmas Eve), he had made the first of two radio broadcasts of music and entertainment to a general audience, using the alternator-transmitter at Brant Rock [Massachusetts]. Fessenden remembered producing a short program that included a phonograph record of Ombra mai fu (Largo) by George Frideric Handel, followed by Fessenden playing Adolphe Adam‘s carol O Holy Night on the violin and singing Adore and be Still by Gounod, and closing with a biblical passage: ‘Glory to God in the highest and on earth peace to men of good will’ (Luke 2:14). He also stated that a second short program was broadcast on December 31 (New Year’s Eve). The intended audience for both of these transmissions was primarily shipboard radio operators along the Atlantic seaboard. Fessenden claimed that the two programs had been widely publicized in advance, and the Christmas Eve broadcast had been heard ‘as far down’ as Norfolk, Virginia, while the New Year Eve’s broadcast had reached listeners in the West Indies.”